A Shelf, a Stock Room and a Warehouse 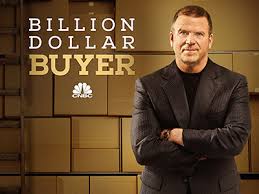 Yes, that was actually used as an excuse for an app not working well during a second attempt to go live for a potential client.

It happened on the CNBC reality show, Billion Dollar Buyer. The founders of the company were given a second chance to work out the kinks. Tilman Fertitta told them to not bother coming back until the glitches were gone.

Read the cringe-worthy phrases, as the servers and customers at one of Tillman’s restaurants couldn’t get the app to work properly:

And the worst one of all, after getting egg on their face: “They have lesser software.” Well, duh!

Every enterprise has “lesser software.” Where’s the mystery?

How embarrassing! Yet, all of us in the industry have experienced these “it works on my machine” type of problems.

So what went wrong here? Did Tilman really expect perfect software? Of course not.

Tilman man lost it because, on the second chance meeting, the tech team refused to admit that they missed a few things.

They hid behind technical jargon. App users were experiencing obvious problems, but the tech team repeatedlyfs minimized them. They found fault everywhere else but with themselves.

Mistakes will happen in spite of our best efforts.

Maybe these guys could have used a small restaurant in their area for testing, before going back in front of a big buyer.

Newer languages, frameworks and tools are capable of doing a lot. But in an enterprise organization, rarely can they totally supplant what has been there for a long time.

That means you have to compensate for where those systems are lacking. Blaming them is useless.

The proliferation of tools will only speed up the process of obsolescence. So you have to rely on tried and true methods, speak like a human being, and admit your mistakes, instead of false bravado.