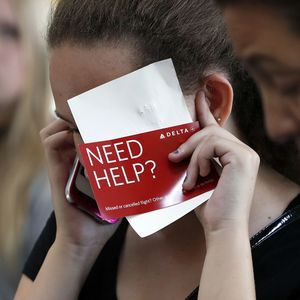 Delta’s recent digital meltdown on August 8th has many ramifications and lessons. What could a good approach to DevOps have done to diminish it?

Don’t get me wrong. I’ve worked for extremely large enterprises, and I can appreciate the innumerable number of details that go into complex, interconnected systems.

I know first hand how painful it is when everyone is scrambling to bring systems back online, while trying to appease disgruntled customers on the receiving end of the problem.

I’m sure that Delta, like many other companies, has articulated a DevOps philosophy.

But too often, conversations about DevOps are reduced to what the technology team is doing, with a lopsided focus on the Ops side of the house. The Dev team is an afterthought. The business side of the company is barely mentioned. End users, aka “customers?” Blank stare.

How do I know? After initially trying to blame the power company, Delta’s spokesperson said, “Our IT team is still looking into the root of the problem.”

Doesn’t this sound like any bad release note that you ever read? It’s the typical bland, opaque language that has no true meaning, but is somehow expected to reassure customers.

Thankfully, the CEO has done a better job of articulating Delta’s responsibility, and Delta is offering alternatives to pacify customers that were inconvenienced.

The CIO has been silent, but the CEO, Ed Bastian, also touted the hundreds of millions of dollars that Delta invested in infrastructure spending. The poor guy also had no idea how much of a vulnerability they had.

According to an analyst, Delta lack of a disaster recovery plan was made worse because they closed up a data center that could have been used as a backup.

Not too long ago, a lot of people were high-fiving themselves for superficial advancements, like creating Delta’s new in-flight ordering system. What attention was being paid the the 52-year-old reservation system?

Now, 3 years later, the investment that Delta made into those in-flight sales devices is nowhere close to being updated. In fact, the “new” version being sold this year, in the summer of 2016, is very much like the one from 3 years ago.

Sadly, a lot of companies know they have crappy processes, but they keep delaying the day of reckoning. By luck, they are able to keep the balls up in the air for a while, maybe even a long time. But you will eventually have to reckon with that.

Clients pay for a product or a service, and expect it to work. They don’t expect perfection, but they do deserve an honest and proactive approach.

Tasks, like talking to customers, and replacing old hardware, are also part of the DevOps continuum. DevOps is not simply about automation.

DevOps is also about making decisions to tackle legacy problems that may impede a large organization from modernizing the services that affect real-life customers.